The first campus of American University Kyiv (AUK) is located in the historic River Port Building on the Poshtova Square along the right bank of the Dnipro River, in the heart of Kyiv. By bringing this iconic building, constructed in 1961, back to its former glory, AUK provides students the opportunity to study in a beautiful historic location, equipped with the latest digitally-enhanced learning features and education technology. This state-of-the-art six-story campus offers students from Ukraine and around the world a truly unique place to learn and interact with fellow international students.

American University Kyiv is delighted to have leased the River Port Building. Having sat vacant for five years, it was desperately in need of renovation. With the lease agreed, AUK commissioned global architects and frontrunners in modern university design, Perkins&Will, Washington DC Studio. Perkins&Will have a proven track record, developing ambitious design concepts for leading universities. Their client list includes University of California, Berkley, Case Western Reserve University, Cornell University, Northwestern University and many others. They believe that every place has a story, and as they design, they help tell that story. They take immense pride in their work which revitalizes neighborhoods, builds communities, energizes the citizenry while respecting and protecting the environment.

Investing 12 million USD into the project, a team of architects, designers and builders work tirelessly to restore this beautiful building facade, preserve its unique features and historical legacy while developing its interior as a state-of-the art university to inspire, protect and serve university staff and students. 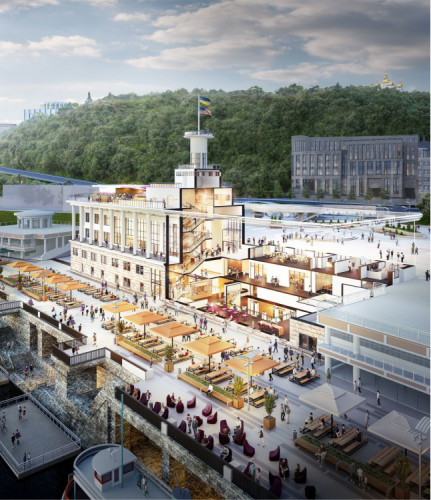 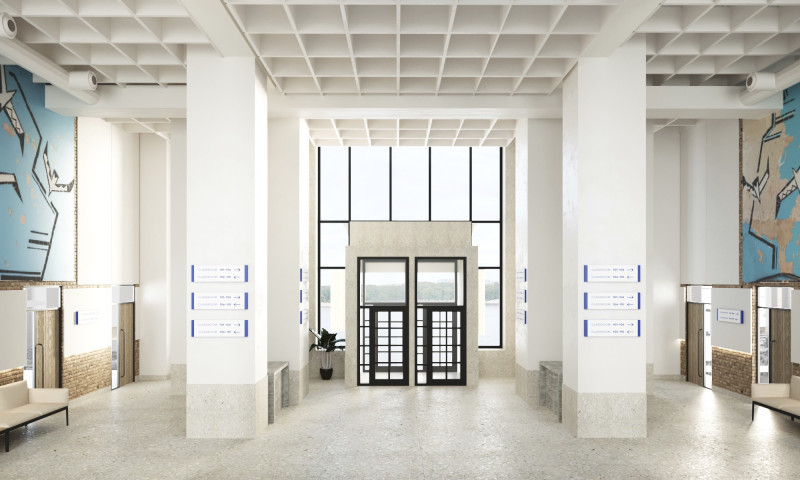 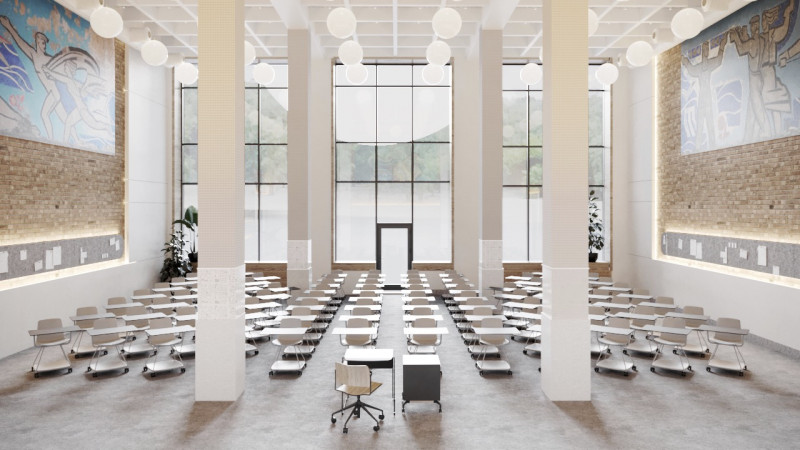 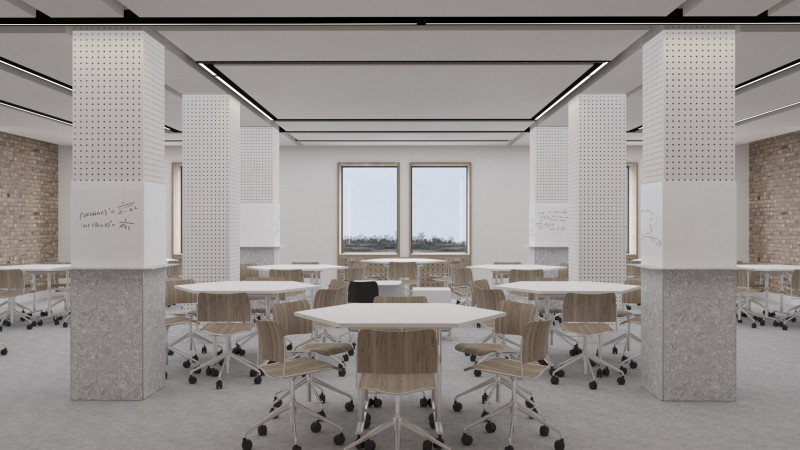 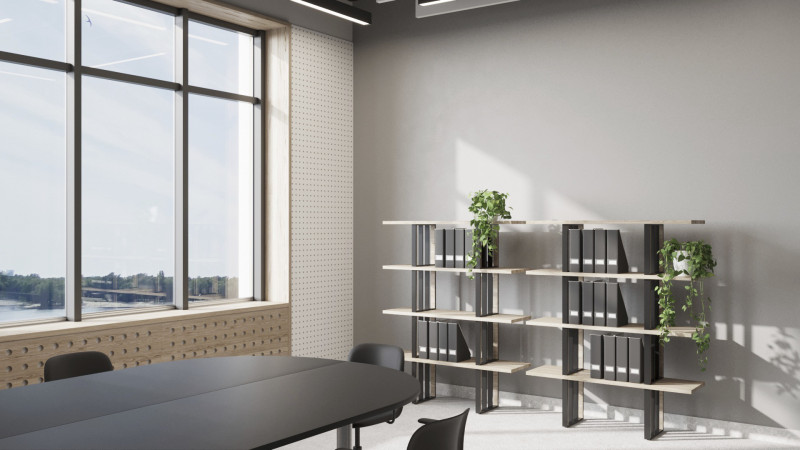 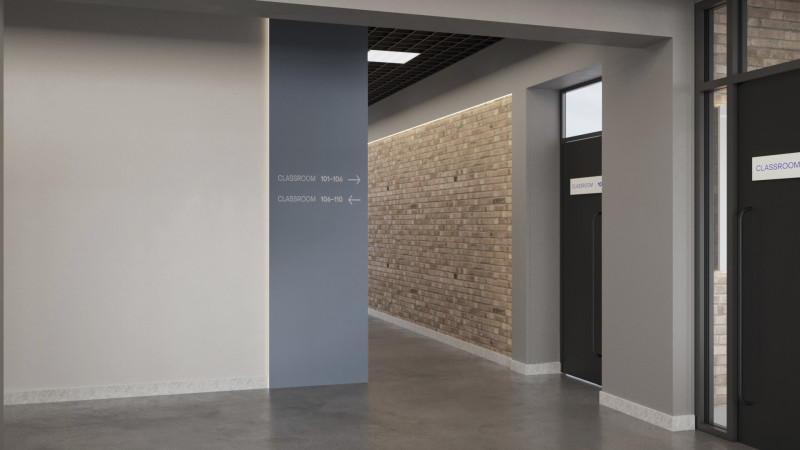 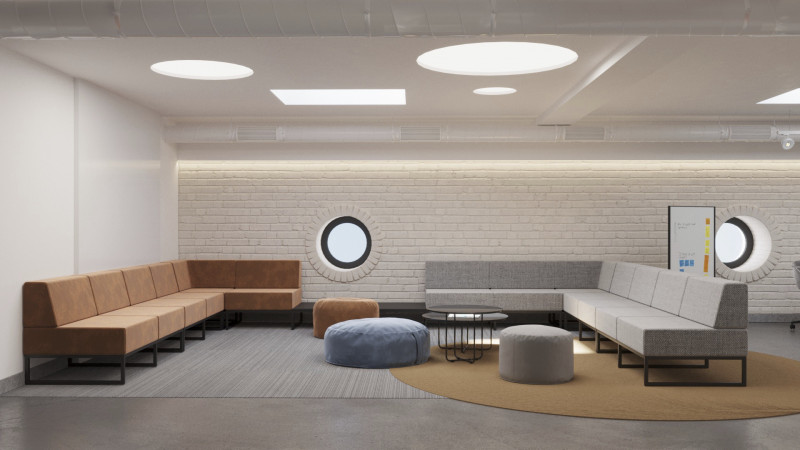 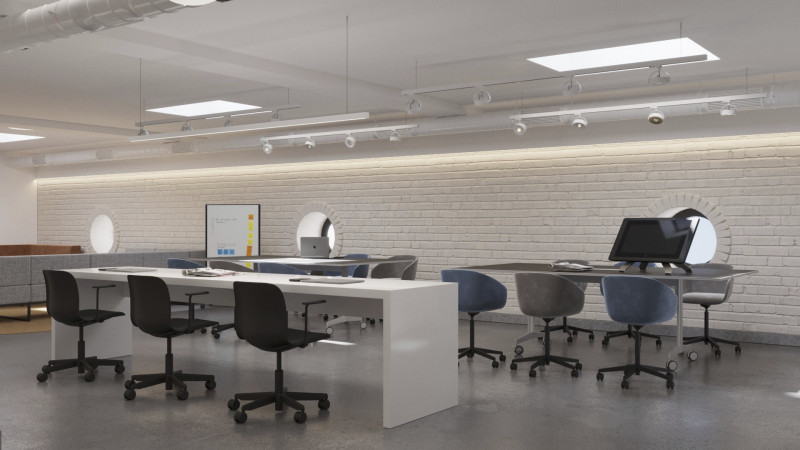 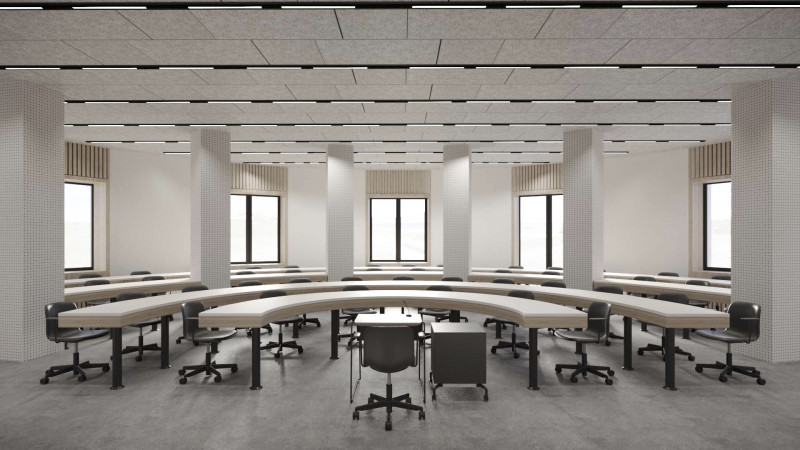 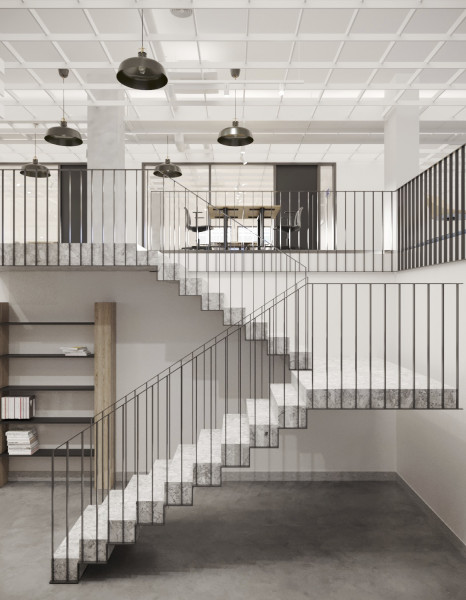 History of the River Port Building

Construction of the River Port Building began in October 1958 and ended in September 1961. It was built by the Main Department of the Dnipro River Shipping Company under the Council of Ministers of the Ukrainian SSR and the Kyiv River Port. The cost was about 1,000,400 rubles, and the building's total volume was 29 015 cubic meters. The structure and surrounding area resembled a ship standing in the port.

Besides being a familiar landmark in Kyiv, the River Port Building also has artistic value. Decoration of the exterior and interior includes paintings, compositions in the technique of "sgraffito," performed by artists Ernest Kotkov, Valerii Lamakh, and Ivan Lytovchenko. On both sides of the entrance are prominent figures of Ukraine, along with decorative reliefs depicting soldiers, merchants, artisans and peasants.

Now in the final stages of renovation led by global architectural and design firm, Perkins&Will, these features have been carefully restored. American University Kyiv has a strong, bold vision for the River Front Building as the location of a state-of-the-art modern university offering beautiful views and welcoming open spaces to inspire a new generation of innovators and transformative thinkers.

Sign up for our email newsletter
Thank you for subscribing!